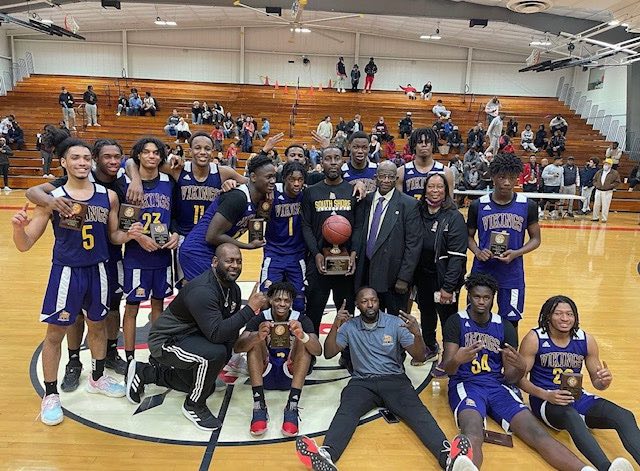 The PSAL championships have concluded last Sunday, but there was more basketball to be played even with the state federation tournament canceled.

The NYSAIS and PSAL decided to put together a state Championship event at LuHi on Saturday . A total of 5 games the PSAL champs vs the NYSAIS champs all for bragging rights and another trophy and banner to add to the collection.

For the South Shore boys Varsity team, it was another shot at winning a state title after falling short in 2018 and 2019. No it’s not the state federation tournament but it still counts.

In that game Juniors Kyrone Alexander and Davin Francis combined for 39 of the Vikings points. Down 66-65 Alexander the 6-6 wing hit a mid range jumper with 25.5 seconds remaining in the game to give the Vikings the lead for good. The Vikings were then able to get two big stops in the last few seconds to seal the victory. Max Ragusa added 15 points for the Vikings.