Back to top
Skip to content
© 2021, Prolific Sports Lab. Designed by Hobick Design.
All right reserved.
Back
The Prolific Report 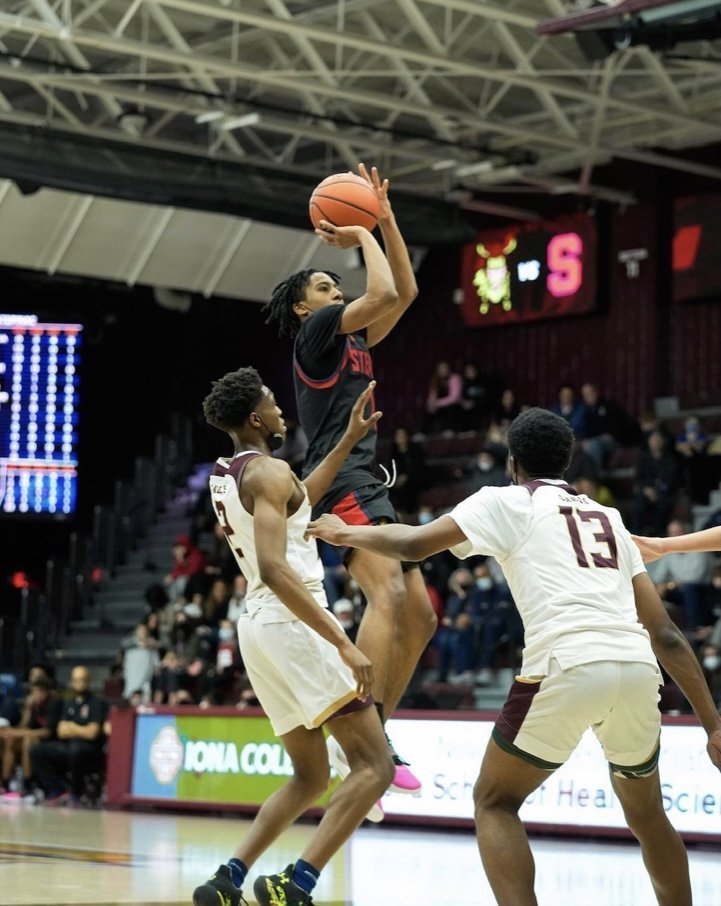 Stepinac’s regular season has been a success despite some of the obstacles faced along the way such as injuries and an upset loss to a tough Bishop Loughlin team, but there were many moments where the crusaders looked unbeatable. This was the case Saturday night in the 76-44 win over Crosstown Rival Iona Prep to win the 2022 Brother Stoldt trophy.
The Crusaders went up 20-9 in the first quarter and never looked back. The crusaders were unselfish throughout sharing the ball and finding the open man. We got our second in-season look at 14th ranked sophomore in the nation Johnuel “Boogie” Fland who shot lights out from beyond the arc en route to 22 points, five rebounds and two-assist performance. Seniors Samuel Gibbs (14 pts, 4 assists,) and Joel Baez (11 points, 4assists, 4 steals) were the other two players in double figures for the Crusaders.
Senior wing RJ Greene was the lone player in double figures for Iona Prep with 18 points and seven boards.
With the regular season winding down the Crusaders are making a statement with some dominant wins but the finish to end the regular season will be tough as they face St. Raymond’s and St. Francis Prep to close out the season.
Both opponents will present tests for the Crusaders who are one of a few teams who are favored to win the CHSAA. The Ravens will look to avenge their 86-84 loss to the crusaders in double OT back on January 19th while St. Francis Prep will look to prove themselves when they come to White Plains on Tuesday.
Other Games:
St. Rays 79, Portledge 49
St. Raymond’s bounced back from their Friday night loss to Cardinal Hayes with a dominant win over Long Island power Portledge. Freshman Wing Brandon Stores led the Ravens with 17. Seniors Isaiah Philbert and Elijah Castillo scored 13 and 11 respectively.
LuHi 55, Christ The King 52
Jayden Reid led LuHi with 24 points while Jayden Pierre scored 12 points and dished out five assists. Christ the King Was led by Devin Vanterpool with 15 points and four rebounds. Pang Quifang scored 11 points grabbed two rebounds.
Other Notes
Cardinal Hayes used a huge Second Half to defeat St. Rays 88-73 on a senior night Friday. while they beat Monsignor Scanlan 79-59 on Sunday. Hayes finishes their regular season with a big matchup against Christ The King on Tuesday.
-Jaquam Bodden
previous post
NYC Playoff Madness
next post
Prolific Game of the Week: St. Francis Prep vs Cardinal Hayes Recap 2-6-22