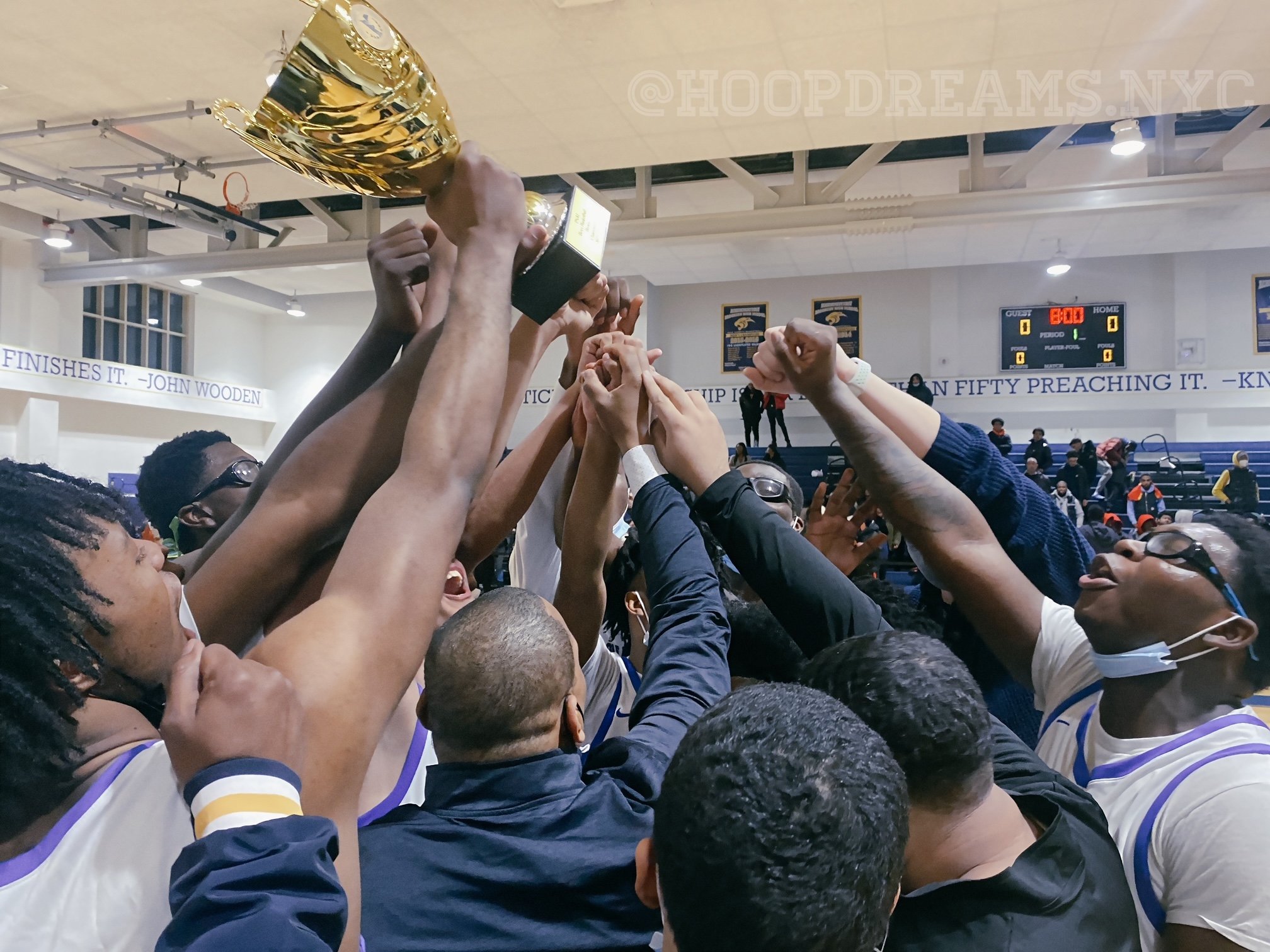 This past weekend I caught a lot of action between the PSAL borough semis and championships as well as the Archdiocesan Playoffs.

One word to describe the PSAL boro Championships? ACTIVE The games started with Susan Wagner’s Xavier Barrow hitting the game-winner against Curtis to win the Staten Island Championship 41-40.

Following that game, the Manhattan boro championship ended in the same fashion as Junior guard Jaden Moore hit a three-ball at the buzzer to beat WHEELS.

Arriving at Achievement First HS on. Saturday, I came across a huge line at the door of people waiting to get into the building for the Brooklyn boro championship. When I got to the gym Eagle BK was fighting back from a huge deficit where at one point they were down to Top-seeded South Shore 21-0. In the second half, we saw a different Eagle Brooklyn team, especially in the fourth quarter. Down 61-53, Eagle BK went on an 8-0 run to tie the game at 61 forcing overtime.

In the extra period, Eagle Brooklyn behind the performances of guards Eric Acker and Taj Bryant along with forwards Jaquel Morris and Treyshawn Sheppard outscored South Shore 13-8 to win 74-69. This was the first boro championship.

Prolific Players of The Week.

The 6-5 wing dominated in the win against St. Rays going off for 23 points in the win on Sunday.

20 points, 5 assists, and a game-clinching three-pointer to seal the victory in a monumental comeback against South Shore. The junior guard is one player to keep an eye on as the city playoffs start March 2nd.