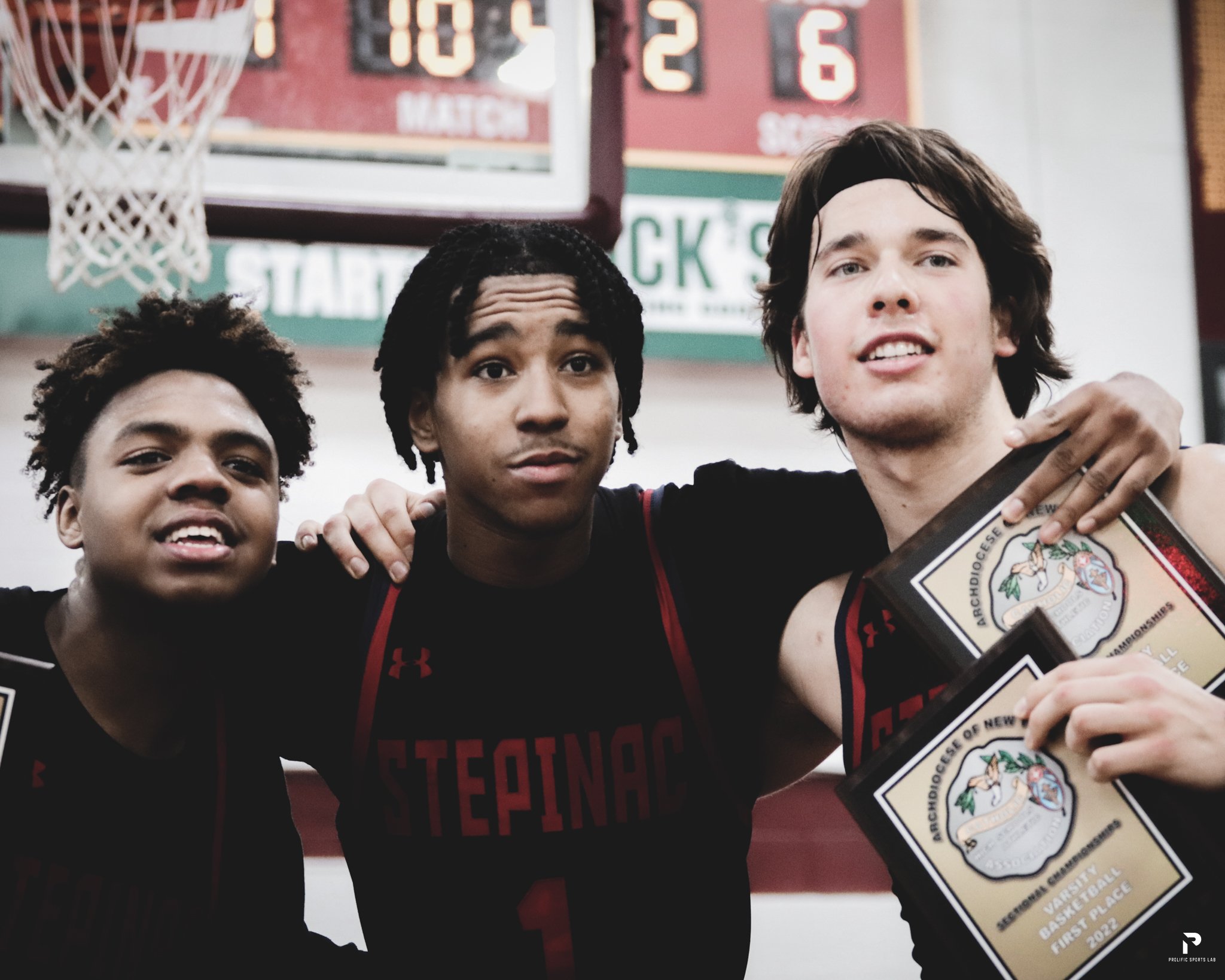 The return of the CHSAA Archdiocesan tournaments did not disappoint. We have seen big performances and some upsets but in the end, St. Francis Prep and Archbishop Stepinac pick up from where they left off and capture back-to-back titles once again. Here’s a look back.

In the Brooklyn / Queens Diocesan semifinals

No.3 Bishop Loughlin led by senior Christian Joe and sophomores Jakai Sanders and Christian Jeffrey took down No. 2 seeded Christ The King 64-60 in overtime.

In the NY AA Archdiocesan Championship, we got Archbishop Stepinac vs Cardinal Hayes part 3.

It was a slow start offensively for both teams but Stepinac was able to control the game as they led Hayes 18-10 at the half. At the start of the second half, Hayes went on a run to cut the deficit to four but then Stepinac turned it up on defense thanks to senior guard Joel Baez who blocked shots. Hayes who struggled on offense found many ways to fight back thanks to seniors Tobe Awaka and DJ’s victory but Stepinac’s defense and intensity proved to be too much from blocking shots to not allowing the fast-paced cardinals to get into an offensive rhythm. The Crusaders had their number. Sophomore guard Boogie Fland has proven to be too much as well as he hit some key threes down the stretch to keep Hayes from coming back in the game. With 2:40 remaining in the game, Fland hit a corner three to put Step up 48-34.

In the end, Stepinac won their third consecutive Archdiocesan championship 51-40. Boogie Fland led Stepinac with 15 points and six boards while senior forward Isaiah Alexander scored 12 points and grabbed seven boards. Alexander let his presence be felt throwing down some big dunks in the second half.

Prolific Players of the Week.

The Crusaders have only had one loss since his return and he came up big in the Archdiocesan championship game with his performance. Boogie is one of many players to look out for when the quarterfinals start on March 6th.